Planted and still for the first time in what seems like a very long time. Because it has been, I suppose.  Two months and 19 days since I left my apartment. I stayed in six different places in the Portland area in that time (several for only a few days, one place twice). I wouldn’t say I moved eight times, because to ‘move’ is to have first ‘stopped moving,’ and I don’t much feel like I stopped moving during that time. I’ve only been here for a week, but I’ve allowed myself to settle in. Take the clothes out of the suitcase and leave my things all over the bathroom.

The place where the south fork of the Flathead River flows under Highway 2 is about ten blocks from where I’m temporary planted here in NW Montana. Though blocks is probably not how anyone around here thinks of it. It’s about half a mile, or just a ways down the road. A mix of gravel and asphalt, and a bit of trail through the woods on the way back. 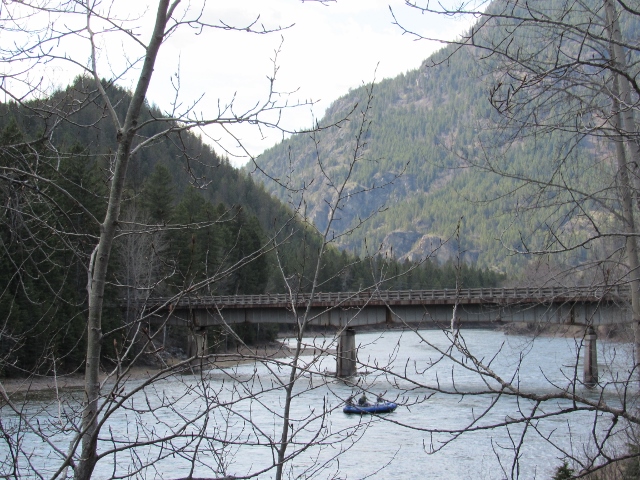 Not the same kind of walk I’ve been taking lately. Different river, different bridge. Different sounds and smells. I passed people in their yards, but hardly anyone walking in that mile – one group of girls walking a few blocks away, and a woman looking for her dog. Smells of wood smoke and dust kicked up by the vehicles passing me. More bicycles and fewer skateboards than I’m used to. The only sidewalk is right along the highway – where I avoid walking, since it’s noisier and less likely to give me interesting things to photograph. 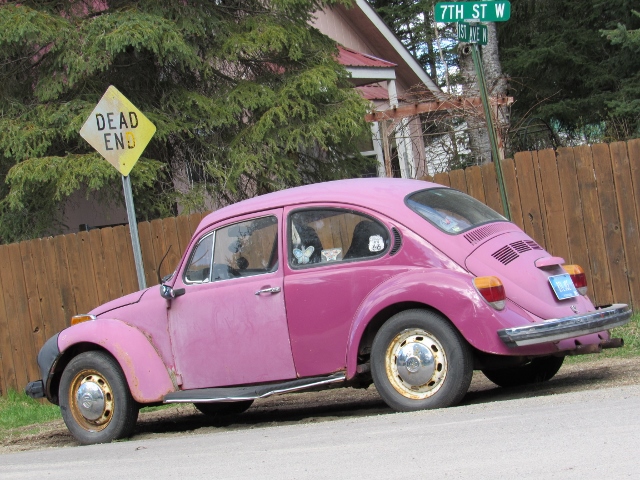 Having been living in downtown Portland for three years, the spaces between things seem strange and new. Three of the places I’ve stayed recently were within six blocks of a grocery store – good ones, that either focused on organic food or had huge sections for it. From my apartment, I could walk out my front door and acquire a dozen different types of dinner within six blocks – plus coffee, donuts, macaroons, used cds and dvds, dry cleaning, specialty pet food, exercise equipment, skateboard gear, comic books, vinyl records, bicycles, go to yoga class or work out with free weights, or drink at a dozen different establishments. Density, that’s what I had.

Here, the theme is wide open spaces. I can walk to a small grocery, to be sure, as well as several drinking establishments and tourist shops (most not open for the season yet) – but for options, I’ll be driving. Cluster of buildings, then a river, a canyon, then another small cluster of buildings. Rinse, repeat. 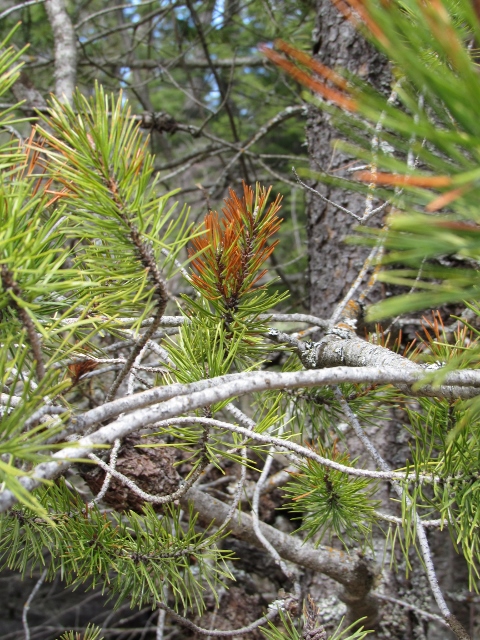 This is not a discussion of good vs. bad, merely a study in contrast. I grew up with the wide open spaces, but chose ever more urban environments as an adult. I’m feeling that difference more than I expected.

2 thoughts on “A Walk to the River”