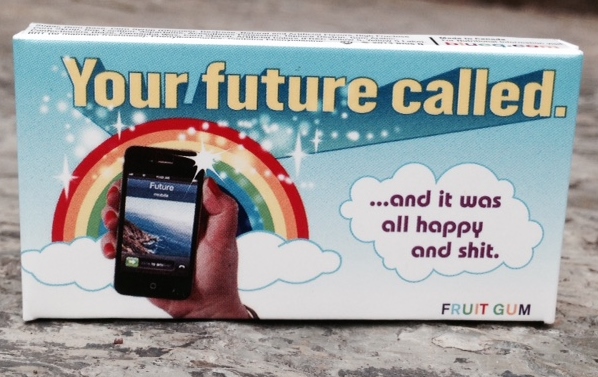 Changes to life = changes to blog.

16 months ago I paid off my last debt. 25 years of credit card payments and 12.5 years of student loan payments… and then nothing. And some kind of bomb went off in my head.

I’d been working towards that moment for years – actively managing my spending so I could make large payments on my credit cards, and when those were gone to make HUGE payments on my student loan. But it wasn’t until my last debt was down to $1000 or so that I could FEEL IT. I was making more than twice what I needed to maintain my life without any debt to service.

I COULD *NEVER* HAVE A REAL JOB AGAIN.

This is the bolt of lightning that struck me in the shower (where all the best thinking happens). It’s not even very well constructed, as sentences go. What it means is that I could live the rest of my life and never again submit to the daily grind that passes as normal in America today. I’ve been rebelling against that grind for years now – quitting when I get bored, part-time jobs, etc. But this would be escape. Could be. If I wanted it to be. If I put half the energy in to making it so that I’ve been putting into trying to be content with 9-5 and living to work.

I could spend my days traveling, or sleeping, or reading, or writing. I could go visit my friend at the beach and stay an extra day if the sun made its first appearance the day I was supposed to leave. I could drive to my sister’s house and STAY THERE for weeks instead of spending 20 of my 96 hours off driving alone through beautiful country I can’t stop and enjoy because I’ve got to get back to work. I could travel the US visiting all those people I know that now live in places I’ve never been. I could work those travel-hacking tips I’ve been reading about and finally leave North America. I could stop being jealous of Frances Mayes and live a life that belongs in a travel memoir.

I struggled against that epiphany for months. Tried to go back to school instead – but that meant borrowing more money (a thing I believe I’m now genetically programmed to self-destruct rather than endure) or add another wheel to the rat race I was trying to escape. It flat-out just did not feel like any fun, and I could not make myself believe I wanted it.

This bolt, this bomb, this epiphany, this revelation – it would not be negotiated with. I could say yes or I could say no, but I could not say ‘well, maybe, but how about I hedge that bet with two more years of school and work and keep all this supposed-security I’ve got going right now?’ It would not be convinced that the way to freedom was to ADD MORE WORK, even if that work would be more interesting than regular work.

I don’t have the words to describe this feeling in my chest. Not in my chest – in every cell in my body. I call it a bolt because it was fast and overwhelming. I call it a bomb because it destroyed what was there before. I call it an epiphany because it took those pieces I’d always had and rearranged them into something new and amazing. I call it a revelation because it seemed so obvious once it arrived. But these are words about thinking and analyzing. This was not only thought, this was feeling.

This was JOY. THUNDERING, 5-ALARM, EARTH-SHATTERING JOY that took over my head and my body and invited me to consider a life where this kind of joy was not just possible, but likely to stick around.

And so I did. Consider it, that is. And I considered going back to school, and cutting my hours, and some other things I don’t even remember because IT WAS ALL BULLSHIT. How does ‘only working three days a week instead of four’ or ‘spending $20k on a MA in Literature’ compare to SOUL-QUAKING JOY?! Yeah, it doesn’t. So I quit considering and just said fuck it – I’m doing this.

I spent 2014 saving money (almost) as diligently as I was paying on my loans in 2013. Decided to work until the beginning of April (and, yes, many people made April Fool’s jokes!) and then STOP. I saved $12k in 14 months. I have a part-time job that doesn’t require my physical presence. I gave up my (wonderful) apartment Feb 1 to save more money, staying with friends in Portland until my final work day. I quit the best job I ever had, telling everyone that I was taking time off to travel until I couldn’t afford to do it anymore (because the long answer is way too much to explain in one go).  I culled my possessions down to a pick-up-truck’s worth (stored at my sister’s house in Montana) and drove out of Portland in the rain April 11.